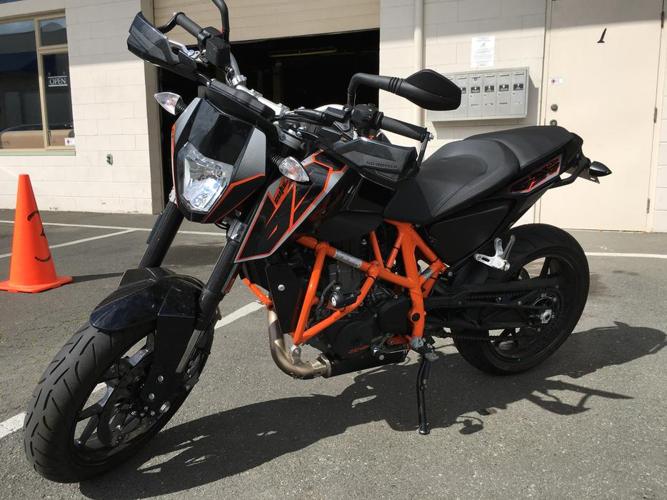 Here is your chance to own an almost new Duke, with the upgrades already paid for. Save yourself a couple thousand dollars. This Duke was purchased in November . It has some upgrades and modifications and is like brand new (never dropped). I'm selling the bike because I don't get the time to ride it, and there are less than 600km on the bike. The bike has always been covered both by a carport and by a bike cover.
These are the kind of bikes that don't often come up for sale used, as most buyers will hold on to them for a long time.
The upgrades include (I have all receipts totalling over $2K):
R&G Tail Tidy
KTM Crash Bars
Denali lights
Remus Hypercone Exhaust.
Kobra metal handguards
I have all of the original parts for it as well.
I will also be selling separately: two as new Icon Airmada Helmets (both size LRG) that are only 6 months old, Icon leather hooded jacket (size LRG) and light summer jacket, as well as lightly used gloves (xLRG), two sets of nice size 11 boots, and armoured jeans (34 inches).